A Near Miss of a Million Dolla... 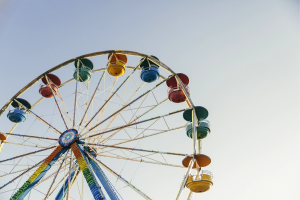 A Near Miss of a Million Dollar Pay-Out

GREAT WORK!!!! I always had a good feeling about you…. I appreciate all your hard work on this case.

Another recent victory for an SRDD Law client who easily could have walked away from a million dollar pay out.

Life insurance companies have a legal duty to you of good faith and fair dealing so when our client was told that he wouldn’t receive the claim from his father’s policy because it had lapsed and terminated for non-payment—a red flag went up for him.  His father was meticulous about paying bills on-time so upon hearing the news, he consulted with a lawyer right away. It was suspected that the annual premium bill was not received by the father, and therefore, not paid.

That alone wouldn’t necessarily lead someone to believe they could win a case against a big life insurance company, especially when lost or misdirected mail is so common. Many lawyers may not dig in much deeper to a case like this, but Darren Fairlie, an attorney at SRDD Law read through the policy, brushed up on insurance laws and fully developed the facts of the case through discovery and depositions of the insurance company.  He confirmed that, not one, but multiple notices to the insured were returned by the U.S. Postal Service to the insurance company as returned mail, “vacant” or “undeliverable as addressed”.  He then argued that his client’s father wasn’t given proper notice under Insurance Law 3211 which states that there are steps that need to be taken within the statutory time-window (between 15-45 days in advance of the premium due date) before an insurance company can cancel a policy. The notice must be “duly addressed” and mailed to the “last known address” of the insured person.  The insurance company need not prove that the mailing was actually received by the insured, but only demonstrate that it mailed the notice in a proper manner, such that it may be “presumed” that notice of the potential lapse had been properly given.  A mere claim by the insured or the beneficiary that no notice was received is insufficient to rebut the presumption of receipt of a proper mailing.

The insurance agency in this case mailed out the premium policy billing notice with only seven days left in the statutory window. When it was returned, there were only two days left to resend the notice. Instead of requiring the insured to maintain a correct/current address, the insurance company had an elaborate, computerized system to update and find new last known addresses upon a returned mail event.  By the time the insurance company updated its last known address for the insured and re-mailed the notice, it was only 7 days before the policy was set to lapse.  “This meant that they failed to act within the statutory time-frame by failing to mail out a new premium-due notice at least 15 days prior to the policy lapse date,” informs Fairlie.

The insurance law further provides that the insurance company’s failure to mail its notice within the statutory time-frame results in the insured’s policy being extended for a period of one year, by operation of law, even if the premium has not been paid.  Within that year, our client’s father died. While previous versions of the law, that may still apply to other types of insurance coverage “require only that the notice of cancellation or termination be mailed to the named insured at the address shown on the policy”, Fairlie’s research uncovered that was not the case here.

Many thought this case wouldn’t be an easy case to win, especially since it was brought to us years ago. Our lawyers aren’t discouraged when facts don’t always surface right away—they do their due diligence and often get the client the results they are looking for. “GREAT WORK!!!! I always had a good feeling about you…. I appreciate all your hard work on this case,” said our client when we delivered the ruling.